3,100+ commercial drone thought-leaders and professionals from around the world gather in Las Vegas for CUAV19, a 32% increase over 2018

A record-breaking number of exhibitors and attendees gathered last week for Commercial UAV Expo Americas 2019, held October 28-30th at the Westgate Hotel in Las Vegas. The fifth annual event had 202 exhibitors and more than 3,100 professionals in the commercial drone industry, cementing its place as the largest and most important commercial UAS-focused event in North America. “The year-over-year growth was tremendous,” said Lisa Murray, Group Director at Diversified Communications, which produces the event. “Attendance was 32% over last year, with drone professionals coming from all 50 U.S. states and 54 countries. We had 110 new exhibitors and a total of 260 booths.”

The event kicked off Monday October 28th with extensive pre-conference programming including live outdoor flying demonstrations in Henderson, NV put on in cooperation with Sundance Media Group and participating vendors AeroVironment, Autel Robotics, DroneNerds, FLIR, Geometrics, Leica Geosystems, LIDARUSA and Micasense. According to Christopher Wacinski of FevaTech, who attended the demos, “Hands-on experience and being able to go physically see the operations in real time was fantastic. It’s critical, because you can really visualize how you can take and apply this technology and demonstration into your real-world operations.”

Attendees’ first look at the expansive exhibit floor was during the Monday evening Welcome Happy Hour. Best-in-class solutions from the most influential companies were on display, allowing attendees to network and source the latest drone innovations. Jeff Powell of exhibiting company Autel Robotics commented on the quality of attendees, “One of the differences with this show versus other shows I’ve been to is that the right people are coming in. They’re all here to learn more about the products that they need to use for their industries. So the conversations we’ve had have been significant for us.”

Attendees heard Tuesday morning from keynoters James Bridenstine, the NASA Administrator, and Bala Ganesh, Vice President of the Advanced Technology Group at UPS. Bridenstine discussed how unmanned systems help achieve NASA’s missions to the moon and Mars and the industrialization of space. He highlighted how and why the administration he leads is not only about space goals, but also about aviation, both manned and unmanned. “UAVs and urban air mobility (UAM) are the future, but before we reach that future, we need to work hard in perfecting air traffic management systems and solve issues of infrastructure and certification,” Bridenstine told the crowd.

Ganesh touched on the FAA’s recent granting of the first full Part 135 certification to operate a drone airline without limits on the size or scope of operations, a big win for UPS and the commercial unmanned industry. He said their groundbreaking initiative to deliver medical samples via drones to WakeMed in Raleigh, NC has resulted in lab deliveries that previously took more than an hour currently taking five minutes.

The keynote presentations were followed by a panel discussion of CEOs in the commercial drone space titled “UAS Insights and Strategies for Success in the Current Marketplace.” The panel was moderated by Gretchen West, President & CEO of Schiebel Aircraft, Inc., and featured Mike Winn (CEO, DroneDeploy), Tom Walker (CEO, DroneUp), Brandon Torres Declet (CEO, Measure), and Adam Bry (CEO, Skydio). Each business leader discussed their path to success in the drone industry as well as their vision for the future of commercial UAS technology.

New this year, the DRONERESPONDERS Public Safety Summit included a public safety session with the LAFD Drone Program, a panel on drones in law enforcement and forensic analysis, discussions on disaster response and data management, public safety working groups, interactive Q&As, and more. Said Brian Hon, Arizona Department of Public Safety, “The technology that is being showcased here, the things that we’ve learned and techniques that we’ve gained, are absolutely helping us do our jobs better.”

This year’s event also featured new programming and networking to further advance and promote women in the commercial drone industry including a Women In Drones Session and networking opportunities.

The Tuesday evening Networking Reception, sponsored by YUNEEC, facilitated connections between professionals in similar industries. Brian Tiedemann, Florida Keys Electric Cooperative, said, “The networking is unbelievable. That is THE number one thing when you come to an expo like this. It is second to none.”

Commercial UAV Expo Americas was supported by 288 publications, portals, associations, user groups, analysts, cooperating events, government agencies, non-profits and others. “We are grateful to the nearly 300 partners who chose to back and promote this event. Their engagement is so important, and we look forward to continuing to provide value to one another in the coming years,” said Murray. She singled out Lisa Ellman, Executive Director of the Commercial Drone Alliance, as well as the Alliance, for their contributions. “Lisa Ellman and the Commercial Drone Alliance were critical in securing top-notch speakers and keynotes for the conference program. Once again, their connections and introductions proved invaluable, and we are so grateful for their ongoing support and partnership.”

“The full power of the drone industry was on display at our 5th edition of Commercial UAV Expo,” said Murray. By convening the most influential companies and thought leaders to share their expertise and solutions, we gave everyone involved in the commercial drone market the opportunity to learn from the best.”

Stay updated on the latest technology, innovation product arrivals and exciting offers to your inbox. 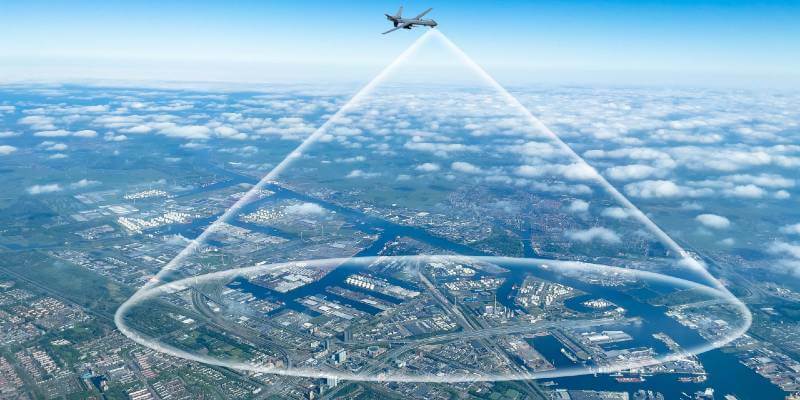