What does underwater warfare of the future look like? How is the sub-surface environment being politicised? Who are the aggressors, what are their goals and how are their techniques evolving?

In June, the underwater defence technology community heads to Rotterdam for UDT 2022 to explore these aspects of underwater defence and security that are of increasing importance to naval forces and governments worldwide, under the theme of ‘the Grey Zone’.

While traditional underwater defence technologies continue to dominate headlines - the global market for conventional submarines alone is expected to increase to US$8.0 billion by 2029 – it is increasingly the space between political diplomacy and warfare that is being exploited by aggressors.

The Grey Zone’s complexity, ambiguity and importance has been widely recognised by military planners and governments. And as populations, industries and wealth continue growing their dependence on sea lanes of communication, offshore industries and seabed infrastructure; the challenge of effectively monitoring the complex underwater environment provides a significant opportunity for those wishing to conduct Grey Zone operations.

Attacks and challenges within the Grey Zone can take many forms, and are typically executed in such a way and using such technology (see: off-the-shelf underwater drones) that enables plausible deniability at the government level. If planned and executed well, these attacks can avoid categorical attribution and military reprisal. At the same time, they can potentially fuel instability, expose vulnerabilities and contribute significantly to the long-term strategic goals of the aggressor.

In Rotterdam, from the 7th to the 9th of June, UDT 2022 will continue its 34-year tradition of being at the leading-edge of thought leadership in the underwater domain, equipping nations with the latest tools to tackle defence issues in some of the harshest environments known to humans.

“The UDT conference and exhibition is unique in its ability to connect top-ranking military personnel, the brightest minds in academia, the most innovative aspects of industry and policy decision makers, all working with a single goal to deliver innovation and capability for the underwater domain,” RAdm Jon Pentreath, Senior Naval Advisor, Clarion, said. “Having been unable to come together in person since 2019, it is with an immense sense of anticipation that I look forward to welcoming old and new friends and colleagues to Rotterdam in June to get to grips with the Grey Zone theme and how it affects our sector today, and in the future.”

To register for the event, visit: https://www.udt-global.com/geo-connexion-registration 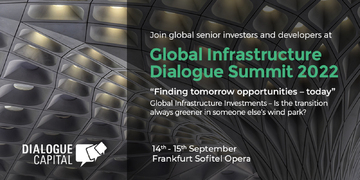